7AM TO 5PM CST Monday-Friday

Progressive Foundry was first built as a captive cast iron supplier for the At Last Washing Machine Company in Perry, Iowa in 1916.  The small facility was strategically constructed just east of 1st avenue near the Milwaukee train depot, which is where Progressive Foundry currently stands today.  A.S. Kibby, founder and owner of the At Last Washing Machine Company, built At Last Foundry as an addition to the south side of the washing machine assembly plant to solve the dilemma of getting expensive castings from the eastern coast of the U.S.  The foundry was built with state of the art equipment for the time, and was able to pour 3 tons of iron daily in its 23 by 65 foot facility.

From the early 1950’s through most of the 60’s, Progressive Foundry changed ownership several times passing from Herman Tietjen, to Harold Schroeder, then to Larry Siemens and John Fisher in 1960.  Safetran Systems, a Louiville, Kentucky based manufacturer of railroad traffic signals, finally bought the company in 1966.  Safetran operated the foundry until 1981 when the company decided to relocate its foundry operations elsewhere.  At that time, Pete VanKirk and Mike Hodges, the company’s plant manager and lead accountant respectively, bought Progressive Foundry from Safetran Systems.  Mike Hodges decided to sell his shares of the foundry to Pete VanKirk in 1985, at which point Pete’s two sons, Kirk and Darek, also joined the company.  Progressive Foundry has since been owned and operated by the VanKirk family.

Sales at the At Last Washing Machine Company soon slowed down, and the foundry was finally sold in 1919 and reopened as the Perry Foundry under new management.  Kibby continued to use the Perry Foundry as a supplier for his washing machines for some time.  In the early 1920’s, Richard Tietjen started Progressive Foundry within the basement of the At Last Washing Machine assembly plant. Here, Tietjen ran the foundry and produced castings for At Last Washing Machine Company, as well as other Midwestern companies, until At Last Washing Machine finally closed its doors in 1934.  Tietjen bought the washing machine factory from A.S. Kibby, and expanded his operations along with his sons, Herman and Harold Tietjen. Richard Tietjen passed away in 1941, leaving his two sons to manage foundry operations.  In 1944, Herman Tietjen became the sole owner of Progressive Foundry after Harold was killed in action during World War II.  By 1946, the foundry had grown to cover an area of one-half square block, and employed over forty workers. 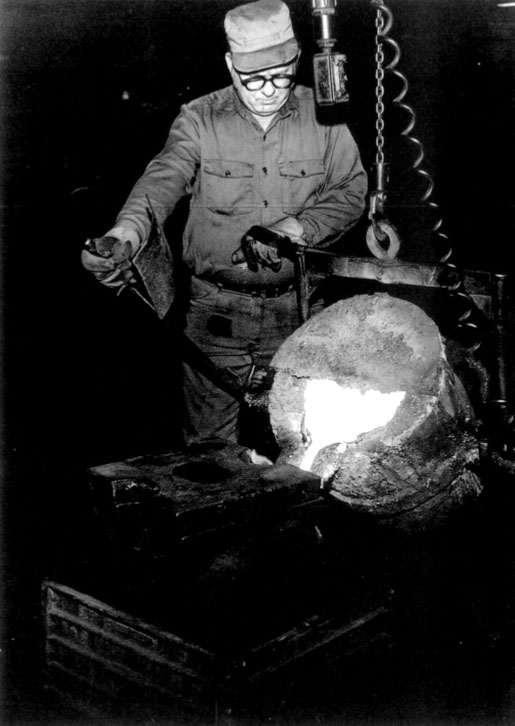 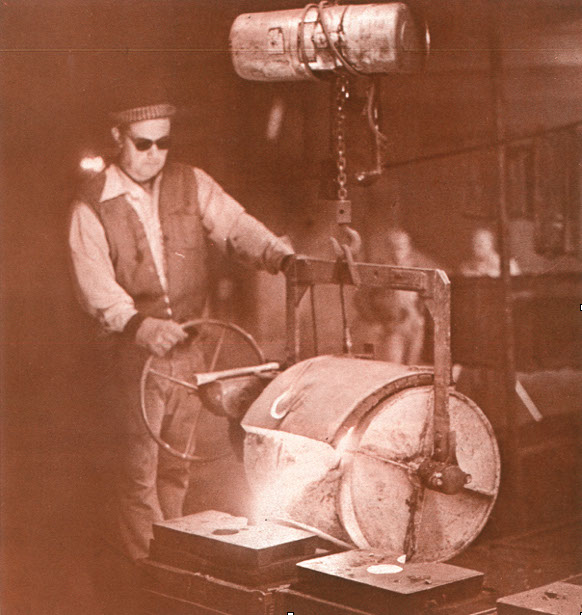 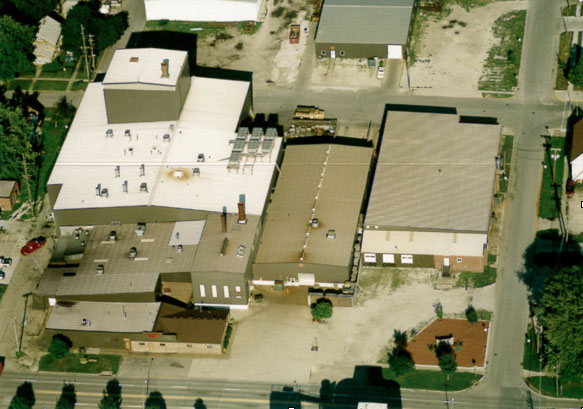 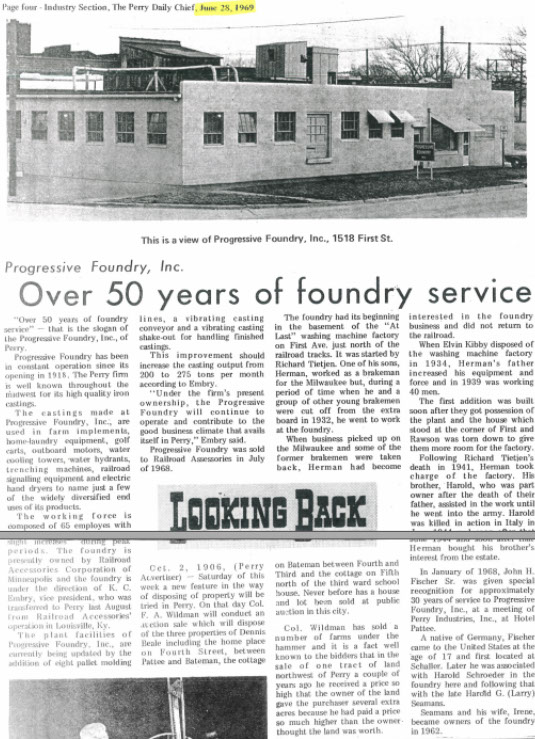 In the decades to come, Progressive Foundry grew tremendously under the leadership of Pete VanKirk.  In the time period between the late 1970’s and 1995, Progressive Foundry bought Hunter automatic molding machines to replace match plate squeeze, and cope and drag molding lines.  In 1998, the company added an upgraded sand processing system, and installed its first Hunter automatic mold handling system.  In 2000, two five metric ton Inductotherm furnaces were added to replace a coke fueled cupola furnace.  In 2001, Progressive Foundry expanded its market and began pouring ductile iron along with gray iron.  Then in January of 2002, a fire burned most of the foundry’s core room, grinding room, and maintenance department.  Despite the disaster, Progressive Foundry was able to expand the foundry further and construct state of the art core, grinding, and maintenance facilities by the summer of 2002.  In the fall of 2016, Pete VanKirk passed away, and company operations continued under Kirk and Darek VanKirk. 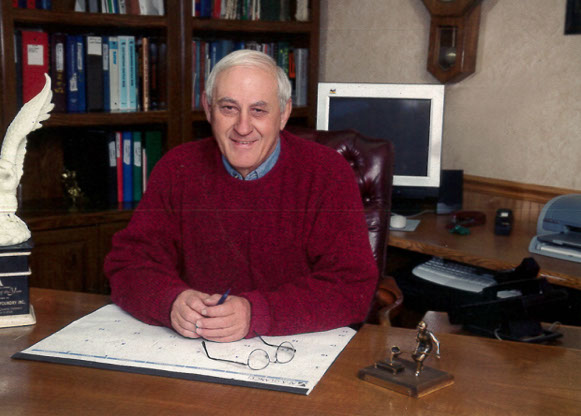 SEND US A MESSAGE: